The case of Attmore v. Colvin (9th Cir. 2016) addresses the question of how an administrative law judge (ALJ) should determine whether sufficient evidence of medical improvement exists to terminate disability status in a “closed period” case. This decision concludes that after an ALJ finds a claimant to be disabled, the ALJ must compare the initial medical evidence with the medical evidence at the time of the asserted medical improvement. The Attmore Court found that the ALJ must have evidence of sustained medical improvement to support his conclusion to terminate disability after finding a “closed period” of disability..

In this 2016 case, Emily Attmore applied for disability benefits in October 2008 and was denied after a July 2010 administrative hearing in which the ALJ determined that, due to her bipolar disorder, Attmore was disabled as of April 15, 2007, when she had a “series of breakdowns” requiring multiple psychiatric hospitalizations. The same decision found that Ms. Attmore had medically improved to the point that she was no longer disabled beginning on March 24, 2009. Ms. Attmore appealed, arguing that her disability had not ended. After the Appeals Council denied the appeal, a federal district court granted summary judgment to the Commissioner of Social Security. The panel of judges in the 9th Circuit Court of Appeals ultimately reversed this case for payment in June 2016 with the finding that there was not enough substantial evidence to show medical improvement in Ms. Attmore’s case.

The Attmore decision determined that although the ALJ properly supported the finding that Attmore was initially disabled, the ALJ did not follow all the Social Security regulations when terminating the period of disability.

The Attmore Court found that some of the evidence supported the ALJ’s conclusion that Ms. Attmore had shown some improvement in her symptoms and social functioning, which the ALJ discussed in detail, citing medical records in which Ms. Attmore was described as “generally doing well at this time” and noted she had “no specific complaints.” While taken in isolation, the evidence on which the ALJ relied suggests some medical improvement, however, the judge was required to examine this evidence in the broader context of Attmore’s bipolar condition, which by its nature has variability in symptom severity.

In Ms. Attmore’s case, the 9th Circuit Court concluded that the improvement the ALJ highlighted was only temporary as it is the very nature of bipolar disorder that symptoms wax and wane over time. With respect to such impairments, improvement that is only temporary “will not warrant a finding of medical improvement” 20 C.F.R. § 404.1594(c) (3) (iv).

The 9th Circuit Court, therefore, was able to conclude that the ALJ erroneously focused on only temporary periods and isolated aspects of improvement that were not representative of the continuing severity of her symptoms. Because Ms. Attmore’s improvement was not sustained, the 9th Circuit Decision held that substantial evidence did not support the ALJ’s finding of medical improvement.

This is a very important ruling for Social Security claimants as it sets a clear precedent for our clients, and residents of California and other western U.S. states, that a proper finding of sustained medical improvement must be documented within an SSA decision ceasing an established period of disability. Also, the 9th Circuit clearly established that any “closed period” must follow the rules for termination of disability benefits by making a proper comparison of medical evidence between the time when the individual was initially found to be medically disabled and the time of the alleged medical improvement. 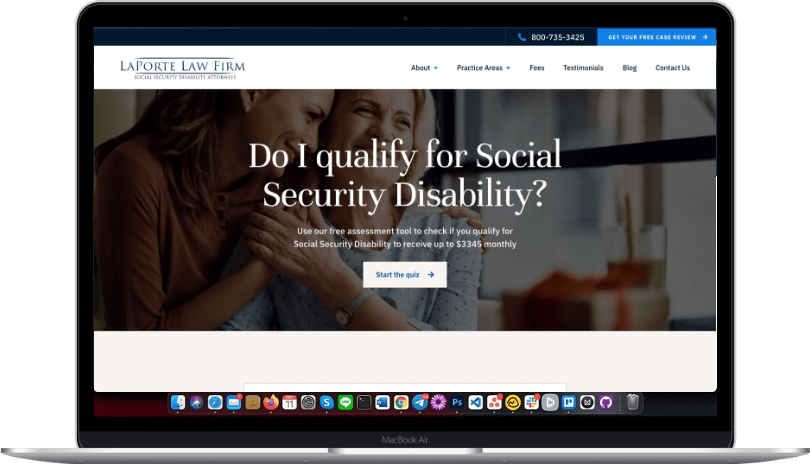 You are not sure whether you qualify for Social Security Disability Benefits ? Take our free assessment quiz.
Take the quiz

Why go it alone, when you can have a trusted and compassionate advocate on your side?

A study conducted by the Government Accountability Office found that people who hired an attorney nearly tripled their odds of success. You can be one of them.

Get a free case review